It’s stories like this one that end up becoming my favorites because you literally could not have planned for what happened on this day! I find it so comical that some of these crazy things actually happen to me when I shoot elopements. There really is no explanation for it! This rainy Virginia Beach elopement includes sunshine and rain, smiles and love, and a huge sense of adventure!

The Best Elopements Are Adventurous

A few weeks prior to their elopement day I got a message from Ki’ana asking if I would be down for a last minute shoot at the beach. She and her fiancé, Marcus, just wanted to be married already without going through the whole big wedding thing. Obviously, I was SO excited to capture their elopement!

As the day drew closer, we kept an eye on the weather forecast. At one point, a potential storm appeared on the forecast around the time we were originally planning to shoot. Ki’ana and I decided to move the shoot a few hours earlier due to the storm. Honestly, when you live at the beach, you can expect it to rain at any point! But, you can never really be sure. For Ki’ana and Marcus’ Virginia Beach elopement we decided to play it safe.

Being a Virginia Beach local, I rode my longboard about 10 blocks away from my house to meet Ki’ana and Marcus. As soon as I arrived, we began shooting!! It was SO fun and we were having such a blast capturing the two of them together! But, only about 45 minutes into our shoot, while we were down by the water–the sky just opened up.

It started POURING. I’m talking about BUCKETS. We took a few photos in the rain and then started running for the car!

I Mean It When I Say I’m Your Friend First

Their car was about three blocks away, and I didn’t even have my car since I rode my longboard!! At one point, my camera bag was getting completely soaked and I was feeling a little nervous about my equipment. In a split-second decision, I sent the couple to get their car, and I put my camera bag on my longboard and shoved the board under a random car on the side of the road. I did this in an attempt to keep it dry, all the while praying that the owners of the car wouldn’t come by so I didn’t have to explain myself!

These two rescued me from the rain, and I took them and my mostly dry equipment to my house where they dried off and changed their clothes. I don’t think there’s ever been a more obvious time where I got to show how much I value treating my clients as friends FIRST then at this rainy Virginia Beach elopement!

Not Even Rain Couldn’t Stop This Elopement

Even after we all dried off, the rain was still coming down so hard. It was WILD!! We couldn’t return to shooting in this weather so the couple headed out. About an hour later, I got a text from them with a photo showing that they had just signed their marriage certificate and officially gotten married in a smoothie shop down the road!! HOW FUN!

These two will always have such an amazing story to tell of how their married life began and I will forever hold onto this as one of my favorite adventurous elopements! If this story teaches you anything, let it prove that your elopement experience is wholly your own. There is no right or wrong way to get married whether it’s in a church or at a smoothie shop!! 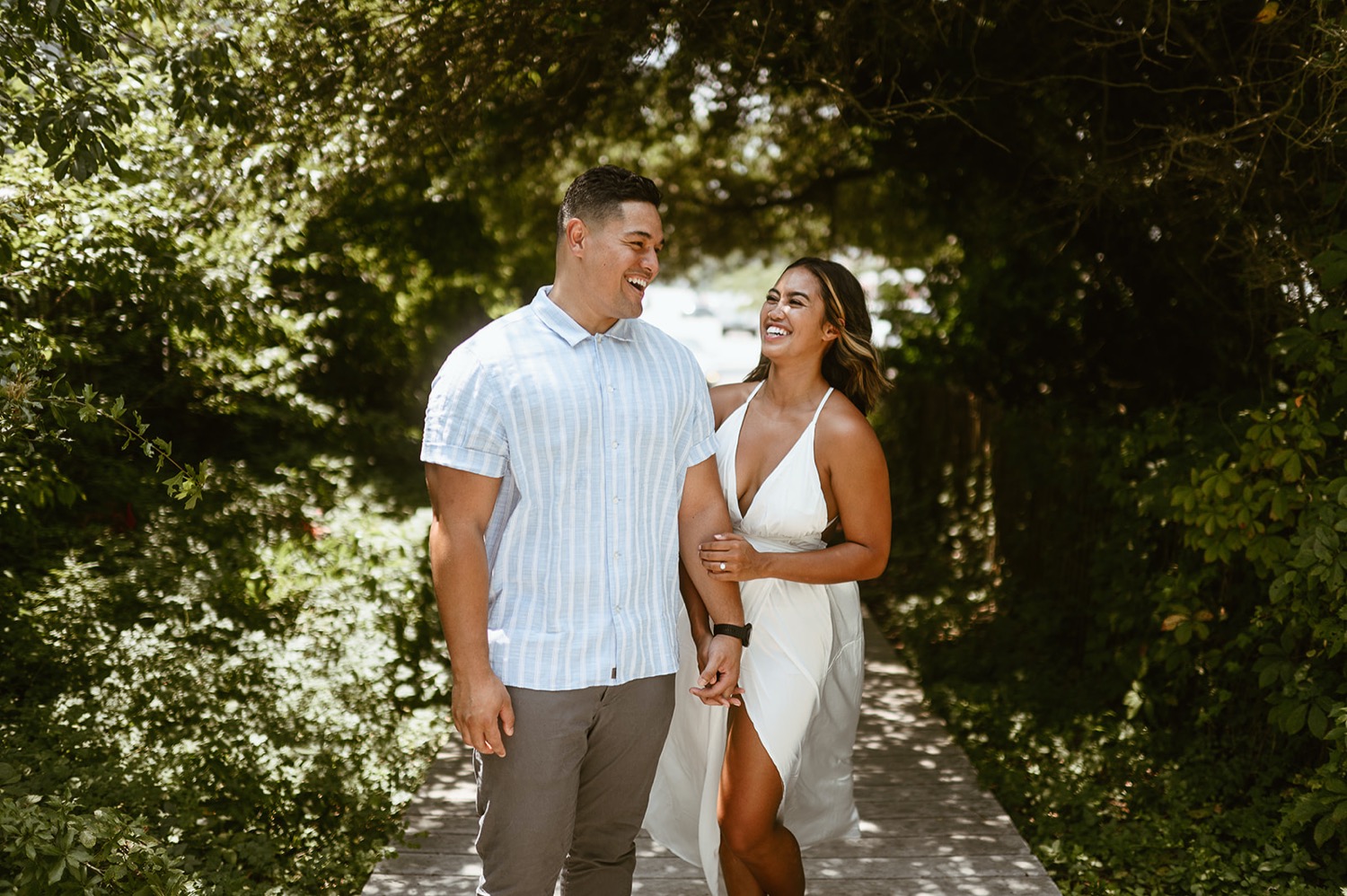 Your Narrative blog will appear here, click preview to see it live.
For any issues click here

« How To Expect the Unexpected at Your Adventure Elopement